The following films are nominated for best picture; let's take a glimpse of the  "home" in each...


Argo
The Tehran home of the Canadian Ambassador has some great space and interesting decor - love what appears to be grass cloth on the walls in this room below and I especially love the eclectic furnishings. The fireplace mantle works for me as well. 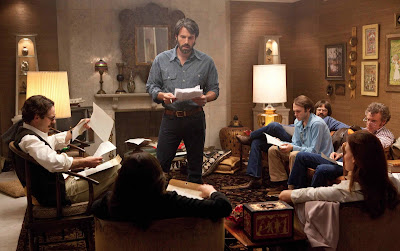 Beasts of the Southern Wild
In a place called The Bathtub, in an isolated bayou community, that is where Hushpuppy lives. You surrender to the surreal in this film and her home is just magical... go with it - what a view. 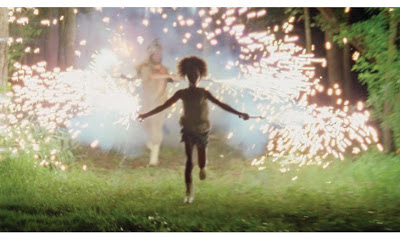 Django Unchained
The home of the wicked Calvin Candie, played by Leonardo DiCaprio is quite stunning; it is not a set but rather it is the Evergreen Plantation , located on the west bank of the Mississippi River between Baton Rouge and New Orleans. It currently operates as a sugar plantation and is open to the public for tours. Love the sweeping and dramatic double winding staircase off of the second story veranda.


Les Miserables
Set in 19th Century Paris, the set depicting Cosette's bedroom and small garden outside the home that she and Jean Valijean shared before having to flee the City conjure up a soft and nurturing place in comparison to the grim city streets just beyond the gate to the home. Stunning, or is that because of Hugh Jackman? 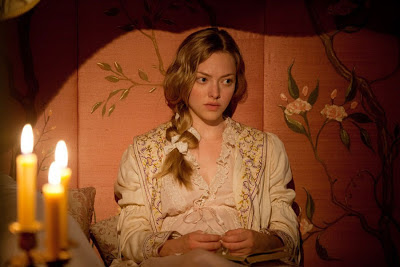 Life of Pi
A home on the water, the boat has lovely lines and pets are allowed.

Lincoln
The interior sets on the Lincoln movie did a great job capturing the decor and "bones" of the mid/late 1860s - especially appreciate the molding and the wide hallways. Bathroom wallpaper at best.

A home in a classic Phillie neighborhood - it's dated for sure but if you covet the style then there may be a house for you - click here to see some listings and tell them Jackie O sent you.

If you want to learn about the actual house used in the movie - click real house.

Zero Dark Thirty
Hmmm, this proves a bit more difficult... the compound is the obvious home here and not one that I would vote for... lots of concrete walls, no real design features to draw you in, a bit on the cold side.

I have to say, the homes and the idea of the home are very different in each of these films but the best house in the category of best films this year, what I will call, the CURBIE, goes to:

Your October Checklist is Here!